A Tale of Two Financing Deals

You have to get down into the weeds to understand loan-funding decisions. 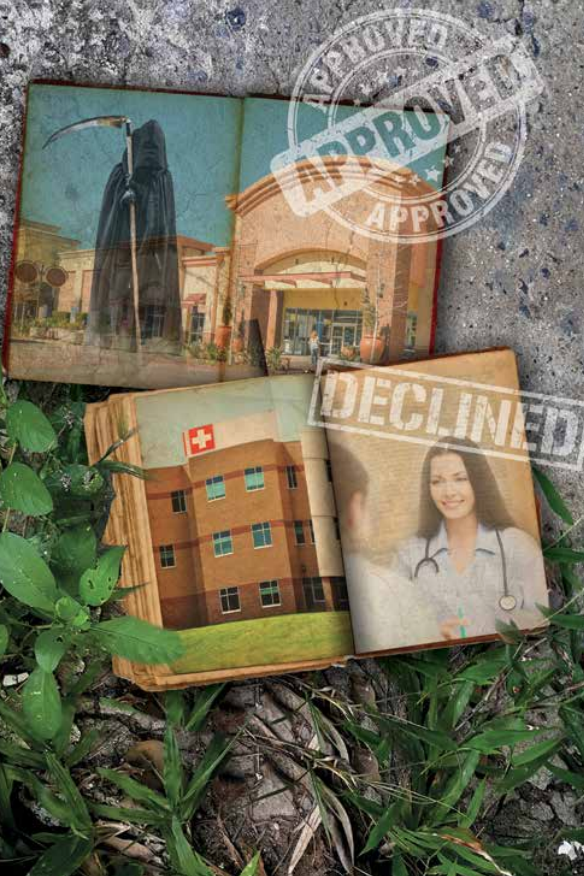 Following is a tale of two commercial real estate deals, one that was successful at securing financing and one that was not. Understanding the dynamics of each is instructive for commercial mortgage brokers and their knowledge of the loan-evaluation process. Hopefully this tale offers some insights into the art of the financing process and ultimately helps you to close more deals. The first deal involves a skilled-nursing facility located in a midsize city on the West Coast that is seeking a $10 million bridge loan for a property with an occupancy rate exceeding 90 percent. The existing loan on the nursing facility is well leveraged, at about a 72 percent loan-to-value ratio, and the property has a 2.0 debt-service coverage ratio. The borrower is seeking the loan to pay off some past tax liens and to make capital improvements to the facility The lender pitched by the property owner is very familiar with skilled-nursing facilities and is comfortable providing loans in the sector. In fact, the lender recently provided $9 million in short-term financing for a skilled-nursing facility operator in a suburban community in the Southwest.

In that situation, the owner used the money to refurbish a storm-damaged property and to restabilize the 170-bed facility. Meanwhile, in the second deal that is part of this tale, there is an investor seeking a $17 million bridge loan to buy a shopping mall in a suburban community on the East Coast. The potential lender in this case has funded dozens of retail real estate loans, including a handful of regional shopping centers and malls over the years. Yet, the retail landscape is different now and is highly threatened by e-commerce, particularly mega-players like Amazon. The e-commerce bugaboo, in fact, was the topic of discussion at a 2017 International Council of Shopping Centers conference in Las Vegas. California-based Green Street Advisors, a leading independent research company concentrating on the commercial real estate industry in North America and Europe, recently forecast that of the 1,200 major malls in the U.S., 300 of them will close over the next 24 months and more malls will be shuttered in subsequent years. Given the dire predictions for the future of many mall properties, one reaction to the East Coast mall-loan application might be to draw comparisons to inviting the Grim Reaper to Thanksgiving.

Between the West Coast skilled-nursing facility and the East Coast mall, guess which one secured financing and which one didn’t? The stakes Lending environments change from time to time, and lenders have different ratios of acceptance and rejection on loan applications. A typical nonbank lender, for example, might look seriously at nearly 300 commercial loans in a given year, yet only about 180 of those might make it to the underwriters’ desks. From that stack, perhaps 70 might make it to the executive investment committee for review, and about half of those, or 35, may get funded. More often than not, rejected loan applications have interesting and compelling stories with good recourse and guarantees. Still, there is usually a reason or two a deal cannot be funded. Lenders have criteria for financing commercial real estate and specialty assets. They look at the quality of the borrower, the guarantee, collateral, market conditions and more. Some red flags are less obvious than others. Lending in secondary markets is better than lending in tertiary markets. For guarantees, flexibility is important and some lenders will work with a sponsor on a limited, partial and burn-off basis — meaning guarantees can be relaxed to as little as 20 percent if, for example, the sponsor improves occupancy from 50 percent to 80 percent. For collateral, lenders look closely at cash flow. As for market conditions, they work primarily with hard data, then with opinions of value.

Lenders are not risk averse, yet they focus astutely on due diligence. The two most important elements in lending are the narrative and the business plan. The lending industry wants to know what the story associated with a loan application is, as well as the sponsors’ business plan to achieve financial success with their projects. Lenders also want to know what the borrowers’ exit plans are. The winner In our tale of two deals — both loosely based on real loan-application scenarios — it was the sponsor seeking the $17 million bridge loan to buy the mall located in the East Coast suburb that secured the financing, while the sponsor seeking financing for the stabilized skillednursing facility located in the midsize West Coast city was declined. The West Coast nursing-facility property is in a good location, its demographics are solid and the sponsor’s business plan for the asset was sound. Putting the tax liens to rest would enhance cash flow, and the capital-improvement plans would have clearly generated more revenue in the form of higher occupancy and increased rents. The problem was with the cash flow. The sponsor wanted to take the $2.5 million annual cash flow for himself, with no capitalexpense reserves, tax and insurance reserves or amortization. That was the deal breaker for the loan. Conversely, the East Coast mall acquisition was financed because of the sponsor’s narrative for the property and business plans to improve the asset. The 800,000-square-foot mall, built in the mid-1980s and considered a Class B property, is anchored by three big-name department stores. It also has leases in place with 120 other stores, including a number of major national retail chains and numerous restaurants and cafes. The mall has two levels, with a large multi-screen theater on the ground floor.

In addition, the mall serves a county with a population of approximately 70,000 and is a popular regional shopping attraction. Plus, there is no competition nearby and the mall investor has demonstrated experience and success in the retail space — and operates malls in three other states. In other words, this particular East Coast mall is one of the 900 or so malls on Green Street Advisors’ list that is likely to remain viable. n n n As anyone in the lending business can attest, no two deals are alike. In processing loan applications and considering funding for commercial real estate projects, lenders sometimes have to look beyond the quality and merits of a project and, among other things, consider the motives of the applicants. That’s part of the narrative, too.